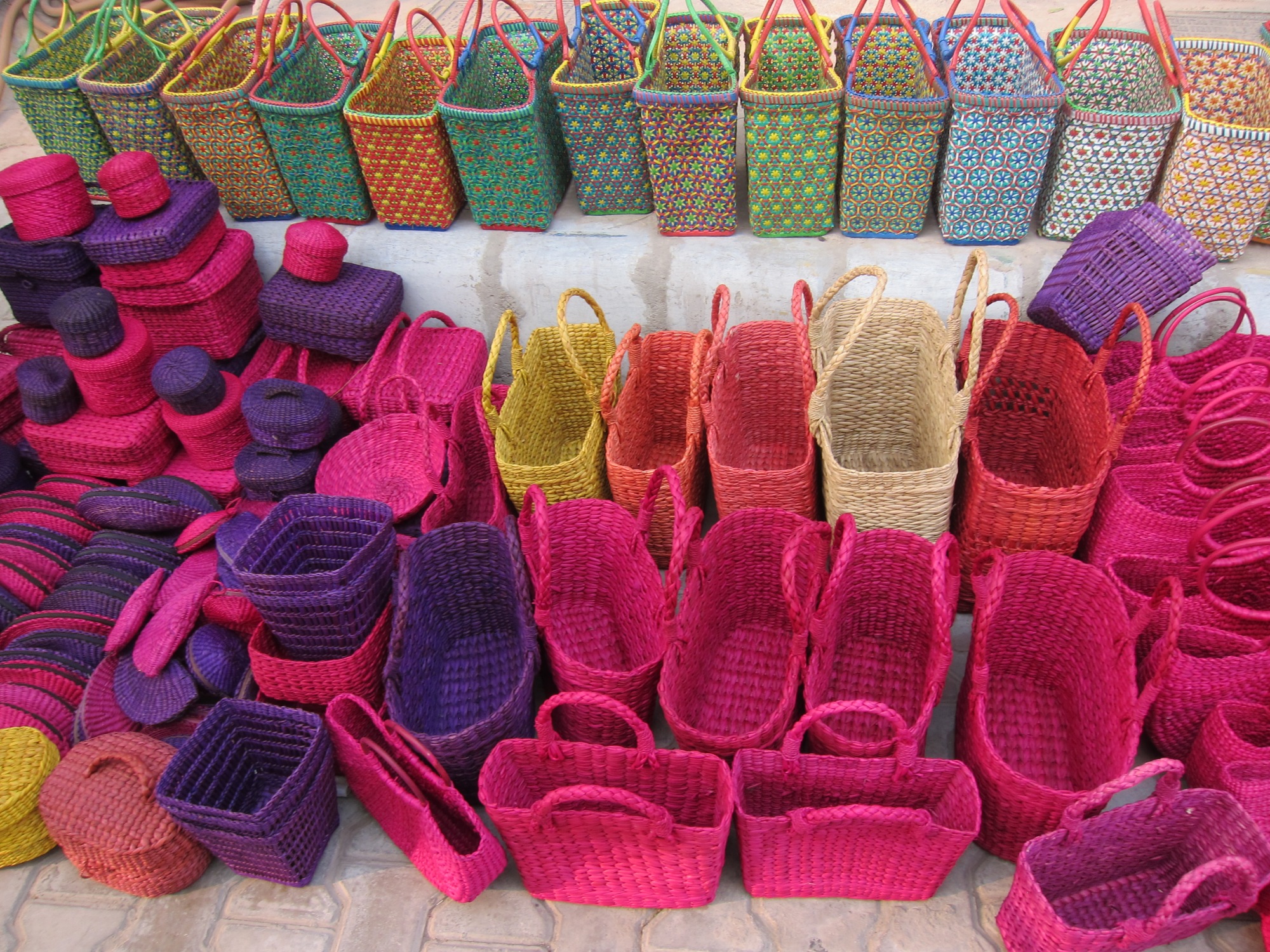 Riffing off of Dilli Haat – a successful craft “village” in the center of the hustle and bustle of Delhi – the NGO Dastkar has teamed up with Delhi Tourism to create Nature Bazaar, a permanent exhibition space in the south part of Delhi, not far from the Chattarpur metro station. I remember in years past Dastkar would organize a single temporary display-cum-sale of crafts called “Nature Bazaar,” typically in the weeks prior to Diwali, at various locations around the city (often at Dilli Haat). I always looked forward to these exhibitions as Dastkar did an excellent job curating a theme for the event and invited top-notch craftspeople to show and sell their work. In 2012 Dastkar’s Nature Bazaar moved to its current location at Andheria Modh, and it looks as though they have stayed, creating permanent craft stalls, a food court, and central performance space for a series of rotating exhibitions – quite similar in layout and function to the famed Dilli Haat.

I recently visited the temporary exhibition Basant 2015 held at Dastkar’s Nature Bazaar, on view until February 23, 2015. While the friend I was with was underwhelmed by the exhibition – citing the high prices of the crafts for sale and that it “was just like Dilli Haat” – I was pleasantly surprised. As a long-time fan of Dilli Haat (see my article about it published in the Journal of Modern Craft, Berg 2013), I have grown disappointed in recent years at the inconsistent displays at Dilli Haat. At times an exhibition is quite true to the spirit that originally inspired Dilli Haat: a well-selected and diverse group of crafts represented, the presence of the craftspeople responsible for making the products (to assure the buyer that one’s expenditure is not merely an exercise in self-fashioning but also fulfills altruistic concerns, to directly support the artists), and a hassle-free environment in which to browse and consume. At other times the displays at Dilli Haat are anything but; I have felt my eyes glaze over as I see yet another Kashmiri shawl and try hard to avoid the shouts of “yes, please, madam” coming from the overly-eager shopkeepers.

What I liked about the Basant 2015 Nature Bazaar is much of what I have liked about Dastkar’s exhibitions in the past: a thoughtful selection of craftspeople (who are in fact the makers of many, if not all, the products they are selling), high quality crafts (for which I am okay with paying a bit more), and a diverse and engaging theme. I also really appreciated seeing organic / naturally-produced foodstuffs, dry goods for the kitchen, and flowers + plants for sale, something I also remember from Dastkar’s Nature Bazaar of year’s past. Overall, a pleasant experience and a welcome addition to the southern Delhi landscape. Hats off to Laila Tyabji and the team at Dastkar. Bravo and well done. Dastkar’s Nature Bazaar is open daily from 11am to 7pm. Click here for more information.